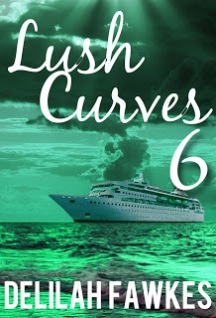 I just finished this up today, and as I was editing and bustin’ my ovaries making it shine, I thought… this is the longest story installment I’ve ever written.

And it’s all for YOU!

I had to finish this series up RIGHT, and that meant letting it get big and, well, seriously, seriously awesome. I hope you guys enjoy reading it as much as I enjoyed writing it :).

So, why am I telling you now that it will be out tomorrow?

Because tomorrow is my birthday, and I’m *probably going to be drunk and taking a bubble bath. All damn day.

So keep a look out, folks! It’s publishing now over at Amazon, Kobo and Barnes and Noble, and will be live tomorrow!

You don’t want to miss it. 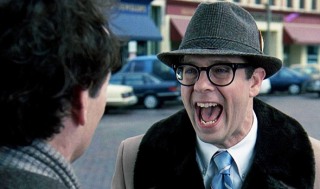 Happy Reading, all!
I’ll see you on Monday, older, wiser, and ready to start on the new book of The Billionaire’s Beck and Call Series!
Can’t hardly wait ;).’
*definitely 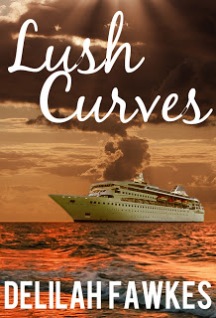 I’ll be sad to see it finished, too. All good things must have an ending.

This last installment is going to be an emotional rollercoaster with a scene so scorching, you won’t want to miss it! 🙂 I’m having an absolute blast writing it, and I hope you’ll fall in love with me.

I’ll announce the release here, on twitter, and of course in my newsletter, along with a special surprise just for my subscribers. Happy Reading! 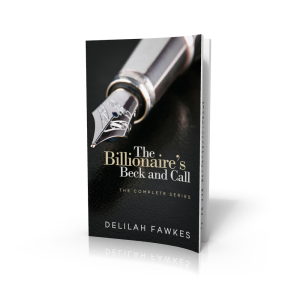 THANK YOU to everyone who entered the giveaway for five autographed copies of The Billionaire’s Beck and Call!

I have five lucky ducky winners who just got an email from yours truly.


I’m also happy to announce that due to your overwhelming response to my survey, I *will* be writing another book in The Billionaire’s Beck and Call series!

I’ve been plotting and scheming, so believe me when I tell you… you won’t want to miss it! 😉

Congrats again to my winners, and thanks all who took my survey! YOUR voice as my readers has such an impact. I appreciate your feedback!

To get some jewelry for your loved one…

And of course, what Valentine’s Day would be complete without roses??

But if you have forgotten these elements, never fear!

Because nothing says “I love you” like some good, old fashioned loving ;).

I hope you’re all having a good one, and even if you’re without a sweetie, curling up with a delicious read and knowing that you are loved.

LUSH CURVES 5: UNDERTOW is now live in the following stores:

Amazon
Barnes and Noble
Kobo
And coming soon to iTunes!

Things are getting a wee bit crazy in this one… I won’t say any more, but you DON’T want to miss it!

When the crew arrives in Edinburgh, the charm of the old city cannot shake Aolani’s suspicion that something terrible is about to happen. When Gavin introduces her to his brother as his “model” and nothing else, her worst fears are confirmed. She knows she has to break it off, but the Live Beautifully Gala is the next night, hers and Gavin’s time to shine in front of the investors. She can’t break his heart before his big day, and instead spends the day getting to know his roguishly handsome brother, Malcolm–a terrible flirt who’s determined to sweep Aolani off her feet. When Gavin vows to tell Aolani how he feels, will it be too late to capture her heart?

And a sizzling sneak peak!


Something was definitely on his mind. He’d been quiet all day long. I felt a sense of foreboding, like the shoe was finally about to drop. Like the happiness I knew was short lives would come crashing down around me at any moment. I prayed I was wrong, but the nagging feeling wouldn’t leave me alone.
A man in a bellhop uniform came to take our bags, and Gavin absentmindedly tipped him.
“Gavin,” I began, but never got to finish my sentence.
There was a rough shout from across the lobby, that sounded like “OY!” and Gavin’s head moved toward the sound. A darker haired version of himself was jogging toward us, arms outstretched, hair flapping like a wild man behind him.
My jaw dropped. But as he rushed toward us, I realized he wasn’t exactly like Gavin at all. He slammed into Gavin hard enough to draw a “whoosh” of air from his chest, laughing raucously. I winced at the impact, but then noticed Gavin was smiling too, his eyes crinkling in that way I love, his laugh loud and genuine.
They slapped one another on the back as I watched, and I noticed the Other Gavin was lighter skinned where mine was golden brown from long days on his yacht. Where Gavin’s hair was chestnut brown, this man’s hair fell in raven-dark waves and rough stubble shadowed his jaw. Bright blue eyes shone mischievously above a smile so much like Gavin’s, but with sharper incisors. He seemed almost wild. Dangerous.
A Fletcher, but the dark version.
“Aolani, this mad devil is my brother, Malcolm,” Gavin said, breathless with laughter. “Malcolm, this is Aolani Kahale.”
I gasped as he reached down and scooped up my hand in his, fingerless leather gloves caressing my skin in a way that wasn’t altogether unpleasant. He smiled his wolf’s grin at me, his eyes flirtatious.
“And how did a poor sod like Gavin ever win the heart of such a beautiful creature,” he said, lifting my hand to his lips.
His stubble brushed me, and I smiled, troubled by the brief stirring I felt at his touch.
Gavin frowned down at his brother. “She’s not… we’re not,” he said. “She’s my model.”
“Oh?” Malcolm’s dark eyebrows raised. Then he looked back at me, smiling with renewed interest.
“That’s good to know, brother.”
I stared back at Gavin, eyes narrowed, a mixture of shock and anger curdling inside of me. His model? That was it? That was how he introduced me to his brother? After the days we’d spent together? The nights?
Malcolm wasn’t one of the crew. It wouldn’t have hurt Gavin’s reputation to tell him I was his. Unless, of course, I wasn’t. Unless I was exactly what he said. Nothing more than an employee. A fling. Replaceable and utterly unimportant.

“Please to meet you, Malcolm,” I said, my voice so quiet it was almost a whisper, but it was all I could manage. Then louder, “I’m going to go get some air.”


After writing this one, I know now for sure… the next installment of LUSH CURVES will be the series finale!

What’s that in my hot, sweaty little hand, you say?

Why, the trade paperback version of The Billionaire’s Beck and Call: The Complete Series, of course!

And why do I have a copy, you ask?

Well, aside from the pile I ordered strictly for the purpose of rolling around naked in, I also have a few for you! My awesome, amazing, irreplaceable readers!

The Goodreads Giveaway has ended, with 25 lucky winners out of 1150 entries (whoa!), but I have a few more in my possession just. because. I. love. you.

I have FIVE copies that I will autograph for the lucky winners!

Whether you’d like one for yourself, as a gift, or just to see if I really will draw a penis in it for you if you ask nicely (I totally will), ENTER this awesome contest for a chance to win your autographed copy!

Once I have my five winners, I’ll announce them here, so stay tuned ;). Who doesn’t love delicious free books?

to stay in the loop and never miss a new release!

Nice to meet you!

Now FREE in the Kindle Store!

Bound to Him: The Billionaire’s Beck and Call, Book Two

Tied to Him: The Billionaire’s Beck and Call, Book Three

Bound by the Viking, Part 1: Captured

Bound by the Viking, Part 2: Compelled

For the Best Romance and Erotica Deals, Check out TNL!