Who’s ready to be pillaged??

Yes, finally! We are back in business, and it is good!

Bound by the Viking, Part 2: Compelled is available now in the following stores!

And coming soon to KoboBooks and iTunes!

Aislin wakes, cold and bound at the foot of her new master’s bed, her mind still reeling from dreams of her homeland, now nothing more than charred remains. She’s the viking chief’s captive, his slave, and soon, he assures her, his bride.

Instead of simply using her body for his pleasure, Alrik has vowed to make her love him, a torture the proud Aislin O’Byrne fears more than death itself. As he begins her training, teaching the fiery redhead to submit to his mastery, she vows her revenge on him and his people.

As things reach a boiling point in her captor’s bed, Aislin makes a shocking discovery… Will it be enough to save her before the barbarous viking chief can bind her to him forever?

This series is in five parts, priced the same as the full novel will be upon completion, so don’t hesitate to snap it up now and see what happens next!

And a sizzling sneak peak for my fabulous readers!

She felt him behind her, felt his body move to the edge of the bed, heard him sling his legs over the end until he sat above her, watching. Waiting.

She did not forget the way he punished her yesterday, just for glancing at his dirk. Her rage still bubbled inside of her like a marsh spring, but she bit it back. She dared not incur his wrath again so soon.

“A nightmare is all, Master.”

Hands closed over her shoulders, sitting her upright, and she shivered beneath his touch. Stubble scraped against the back of her neck. He breathed in her ear.

She stiffened, her body reacting to his closeness; a warmth creeping up inside of her that had nothing to do with anger. As soon as she felt it, revulsion joined it, twisting through her until she almost heaved.

“Don’t you worry,” he said, kneading her shoulders. “Your mind will be too occupied today to dwell on them for long.”

He undid her bonds, and she whimpered as the blood rushed into her hands, burning through her like her veins were full of fire.

“I’m going to begin your training today in earnest, little girl. You need to know how to be a proper wife to me before Freya’s Day, which doesn’t leave me much time.”

He spun her around, and helped her to her feet roughly. Her body ached in a million places, her legs protesting as they found purchase on the bearskin rug. Alrik cupped her face, drawing her gaze up to his intense light eyes, so clear in the dim morning light it was like looking into a crystal.

“You will to learn to please me, thrall.”

He looked at her for a long moment, as if trying to read her thoughts, his hands so gentle that Aislin wanted to cry with frustration. What did he want from her? Didn’t he know he was a monster? Didn’t he know she was dying inside when he touched her? When he made her shiver with his fingertips?

“You’ll learn to love me soon,” he said.

His eyes were cold.

She wanted to draw away, but stood her ground, setting her jaw. He grinned, then, eyeing her like a curiosity. She blew out a breath, and like a snake striking, he captured her mouth in a kiss, his lips hot and urgent, and so soft she couldn’t help the moan that escaped her throat, only to be muffled by his mouth on hers.

His tongue touched her lips, gently prodding, and she opened to him, feeling him slide into her, as if her mouth was made just for his. Fear spiked through her, fear at what he would do to her when he broke this sweet kiss, but also fear at how he made her feel in that moment.

The place between her legs ached, and her heart beat rapidly in her chest. When he wrapped his hands in her hair and bit her lower lip, she gasped.

“You are so very sweet,” he growled, bending her neck back.

His teeth scraped her throat, and she trembled. His tongue darted out, tasting her, wet and hot, sending a tendril of pleasure down her body. She wanted to push him away, wanted to cry out for him to stop… but she also wanted to pull him close and let him do what he would with her innocent body.

“Time for your lesson,” he breathed, pulling back and grabbing her chin in his rough fingers. “On your knees for your Master, girl.”

Also, I’m happy to announce that BOUND TO HIM, PART 1: CAPTURED is now available for .99 cents!

Snap up your copy now, and get ready for Part 3, coming soon!

And don’t forget to sign up for My Newsletter if you haven’t already! Not only will you receive the FREE E-BOOK of your choosing, but you’ll have a chance to win special prizes going forward! The first contest is this upcoming Friday, so don’t hesitate!

Delilah’s going to make your holidays very happy this year ;).

to stay in the loop and never miss a new release! 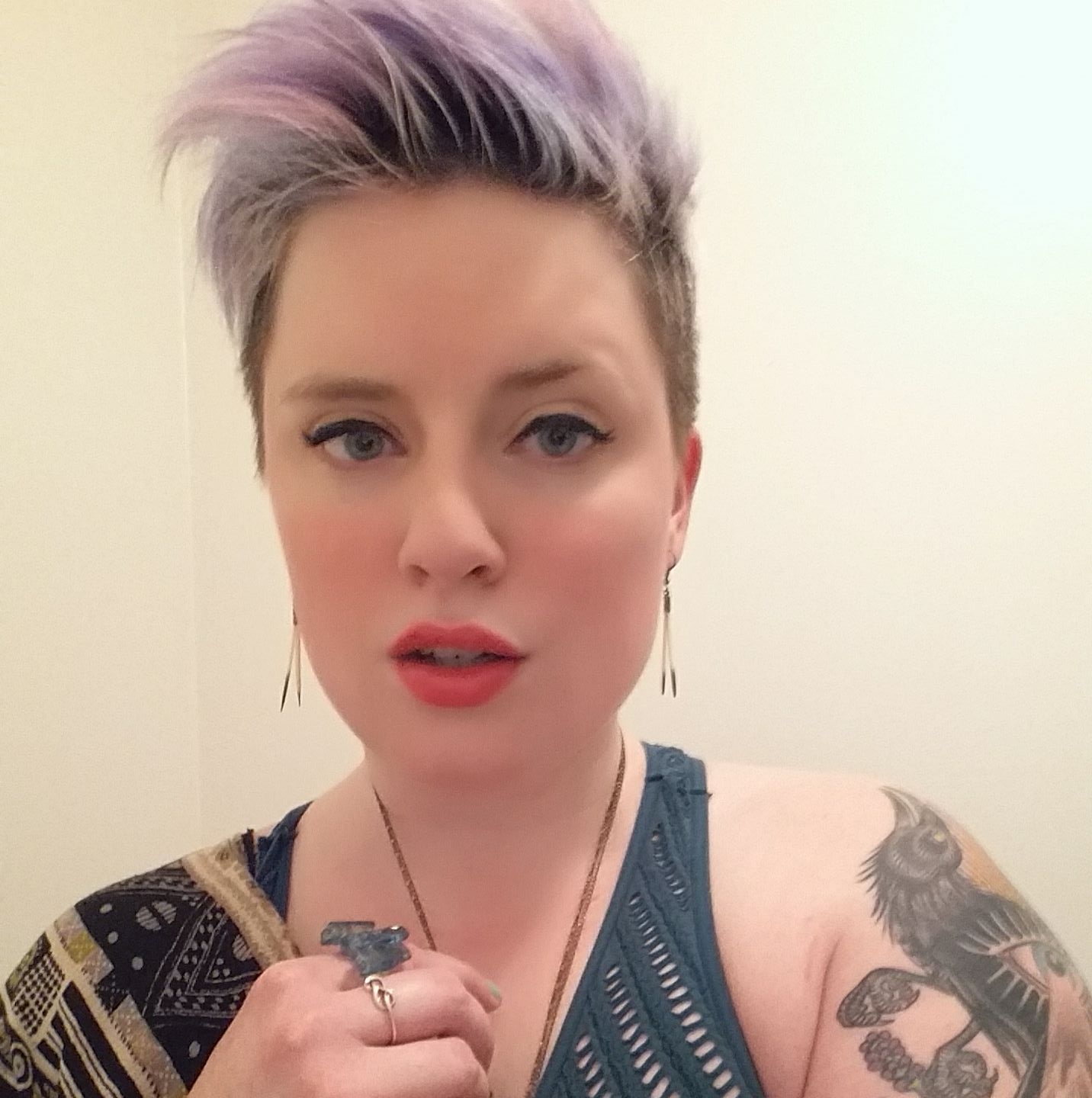 Nice to meet you!

Now FREE in the Kindle Store!

Bound to Him: The Billionaire’s Beck and Call, Book Two

Tied to Him: The Billionaire’s Beck and Call, Book Three

Bound by the Viking, Part 1: Captured

Bound by the Viking, Part 2: Compelled

For the Best Romance and Erotica Deals, Check out TNL!